I stop and crouch on the canal path. The heron is across the canal, partially hidden by reeds. 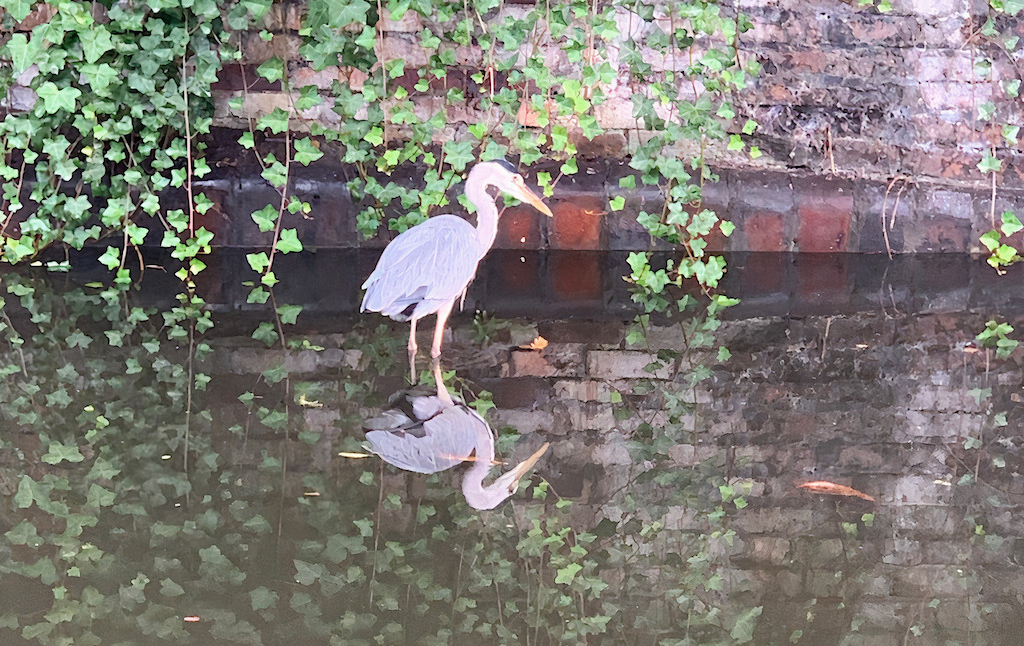 In Birmingham, there is a stretch of canal between the city and the university that is walked and cycled daily by commuters. On one side is a path and on the other are trees, shrubs, grasses, and flowers cordoned off by high metal fences. Walking along the canal in Autumn 2019 – a walk I had been doing for two years – I was suddenly stopped by a magnificent heron.

The bird was so close I could see the water slide off their waxy feathers. Crouched down, their neck low to the ground. What could they see? Were they looking for fish in that filthy canal? I wonder why I have never seen them before.

Weeks later, I meet a different heron, almost blue rather than the first’s white-grey feathers, and much smaller. I stop and crouch on the canal path. The heron is across the canal, partially hidden by reeds. The canal separates me from them, them from me. A cyclist zooms past, disrupting the silence between us.

There’s something clumsy about the herons, even though everything about them should be elegant: stretched legs, long necks, and beautiful colours offering camouflage and splendour in equal measure. They rustle in the reeds on the opposite bank; their attempt to hide from the city’s human commuters has been betrayed by their own stature. 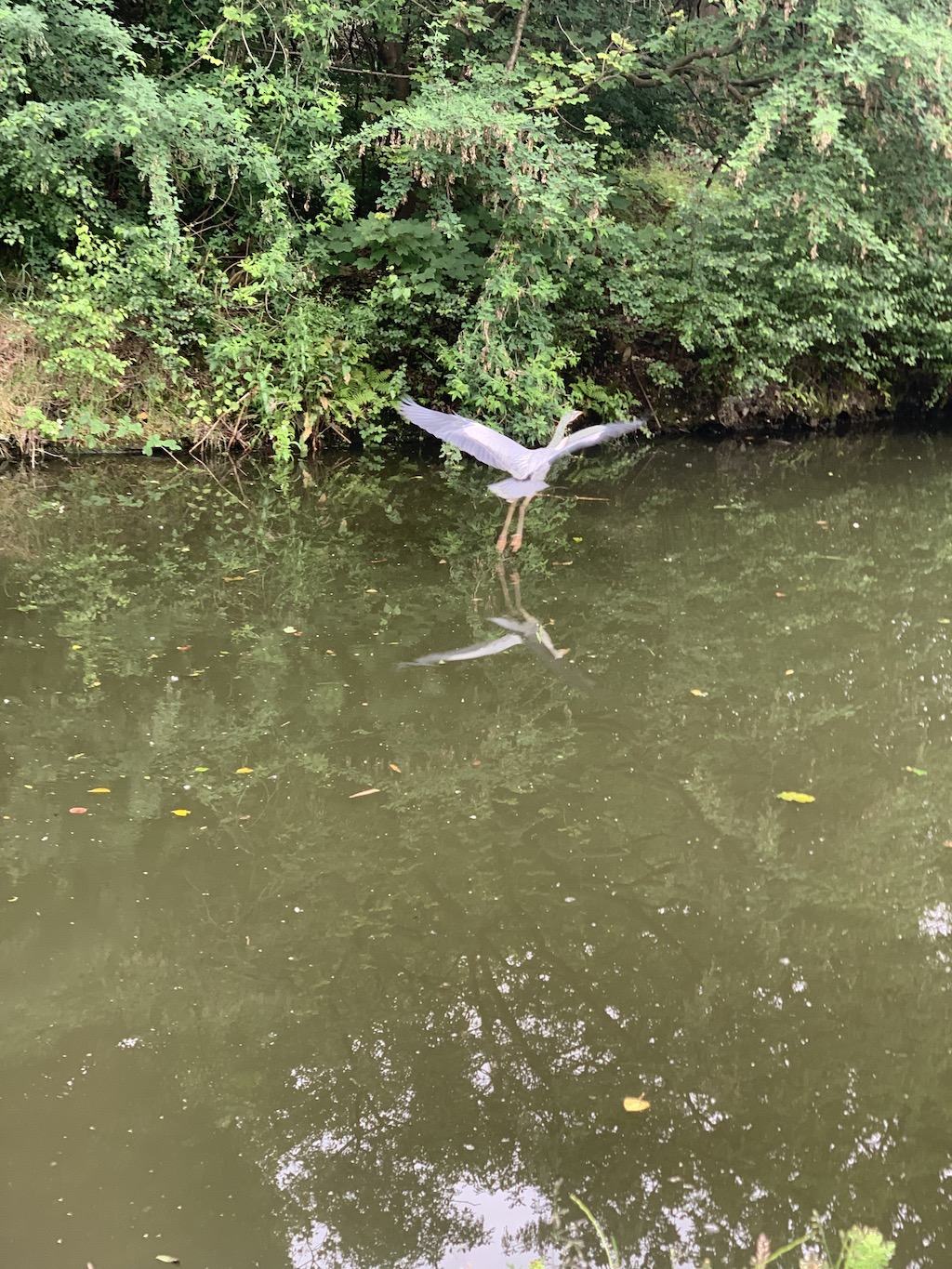 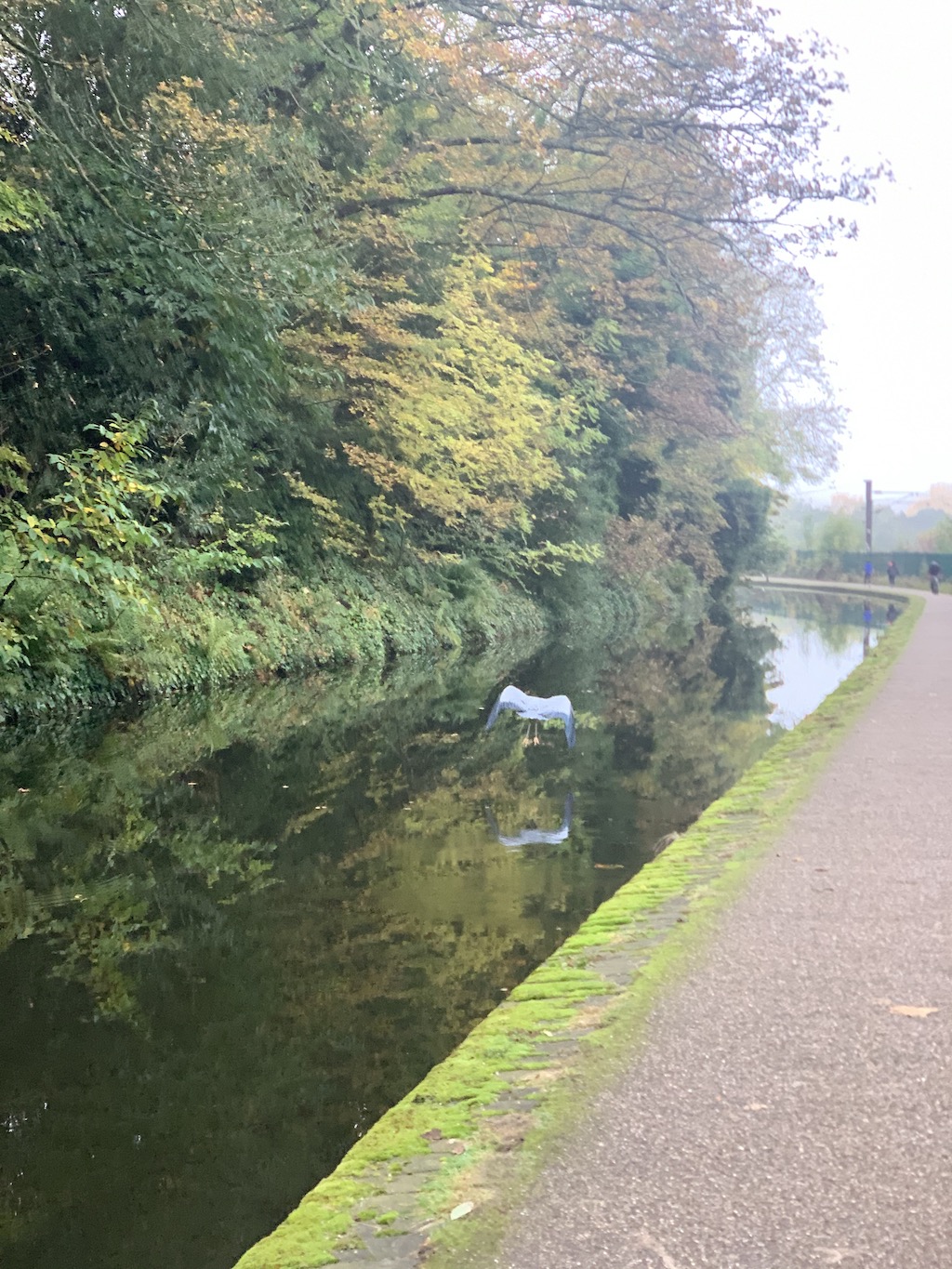 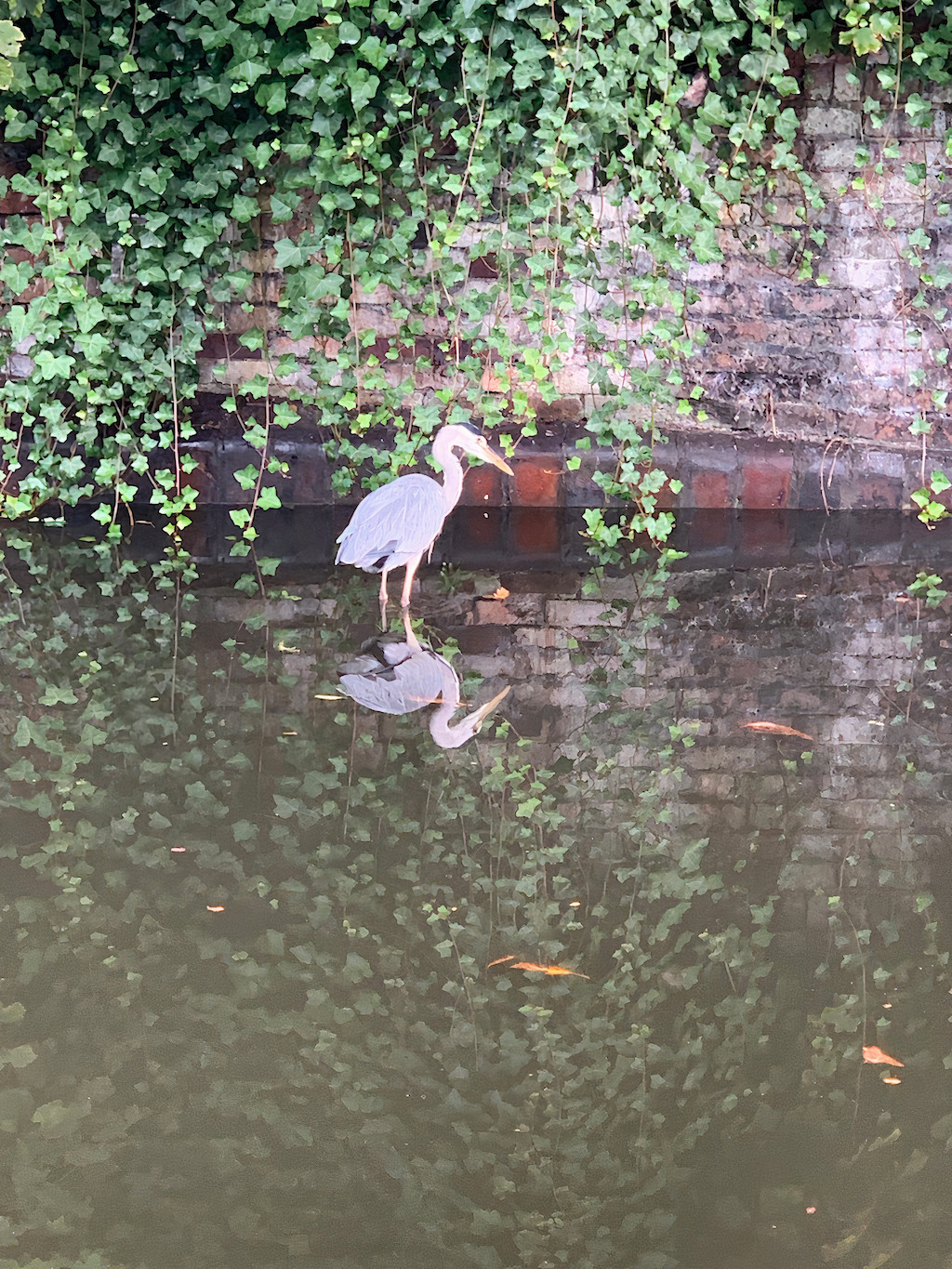 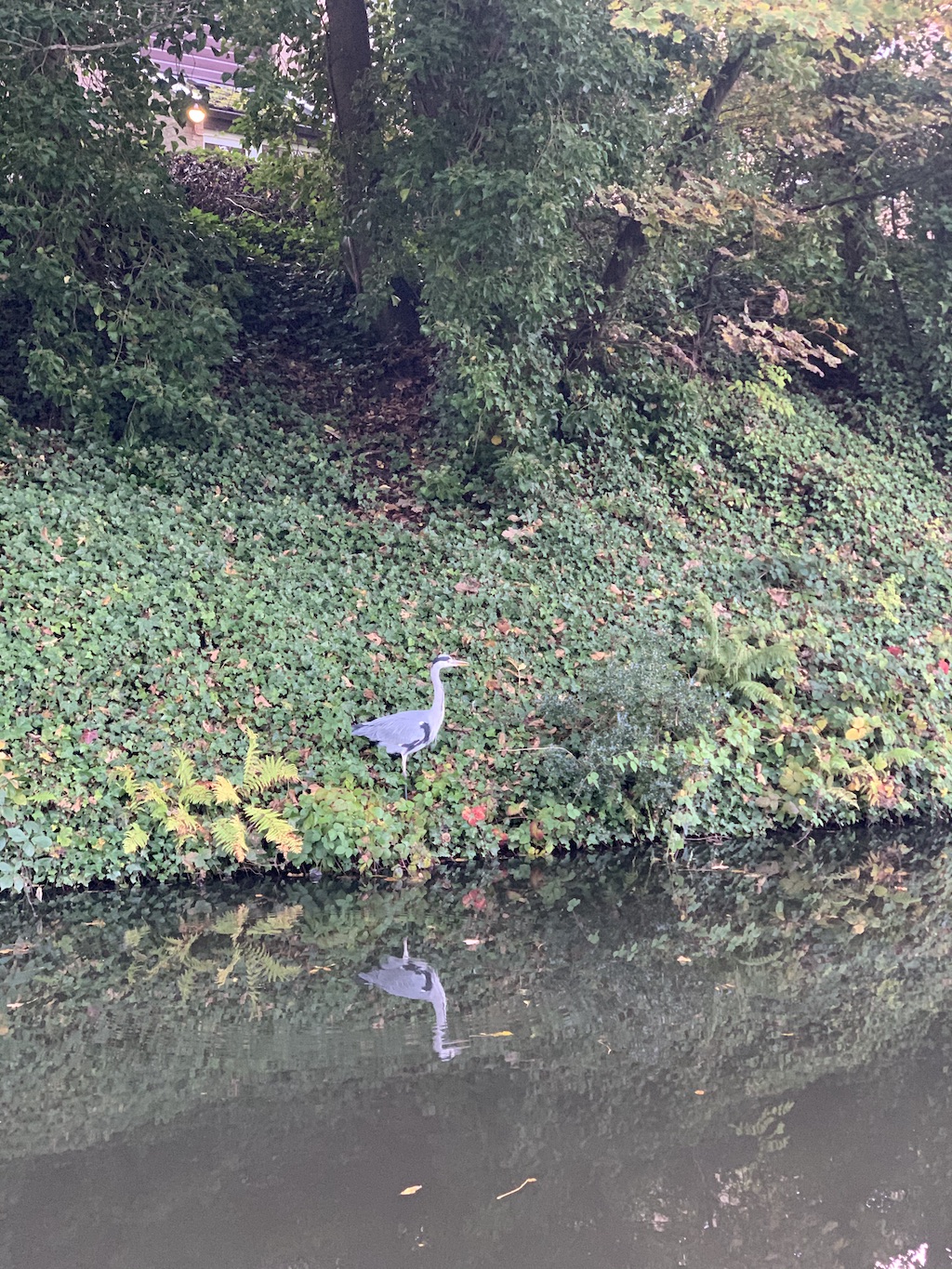 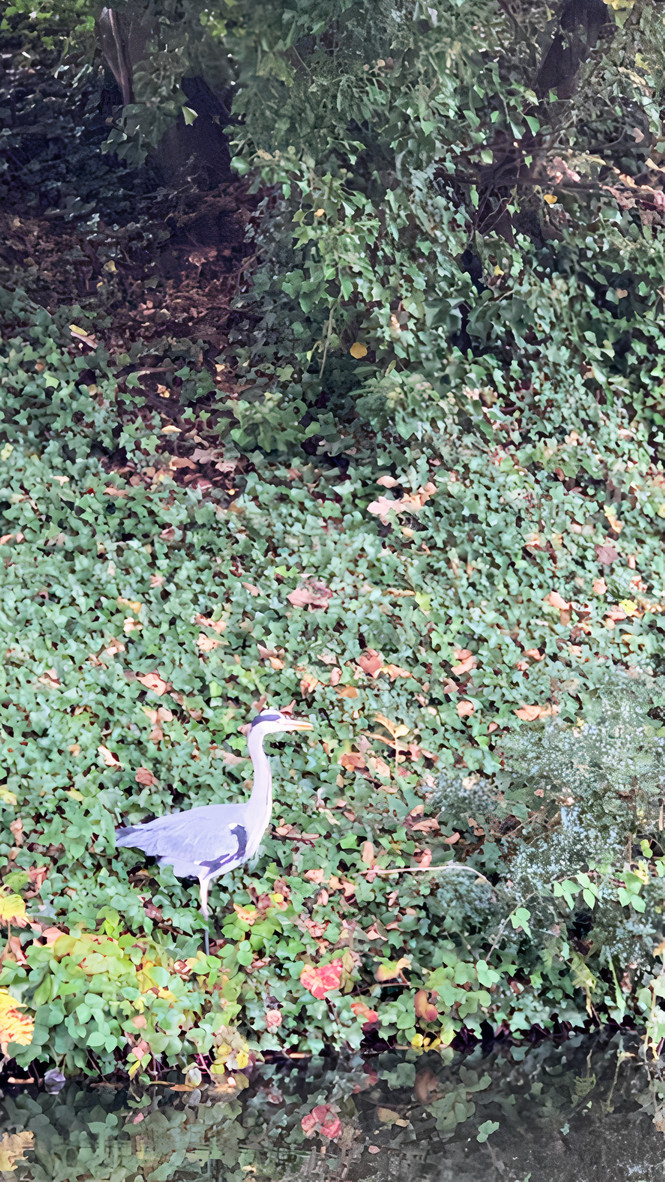 Author Bio: Catherine Oliver is a geographer based at the University of Cambridge who works with urban chickens, and is fascinated by all kinds of avian, animal, and plant life especially in cities.
Twitter: @katiecmoliver
Instagram: @vegangeographies